In recent years the city’s historical centre has been the object of major redevelopment that has also affected the castle grounds, gardens and Piazza Matteotti where marble slabs have been placed to create a stage around the monument. The base of the flagpole can be found within the gardens, originally in the town square, it was transferred to the Rotonda church portico where it remained for about a century before finding its final collocation. The base is decorated with four mermaids holding up the coat of arms of the doge Pasquale Cicogna.

The bronze monument dedicated to Giacomo Matteotti, located in the square in front of the towers, was created by the artist Augusto Murer in 1978 as homage to Matteotti. A powerful work of art, a gash in the silence, the hand that extends into the void, as if to underline the phrase “Kill me, but not the idea that is in me.” Giacomo Matteotti was a native of Fratta Polesine, a socialist MP assassinated in 1924 for denouncing electoral fraud that brought to power the fascist party. 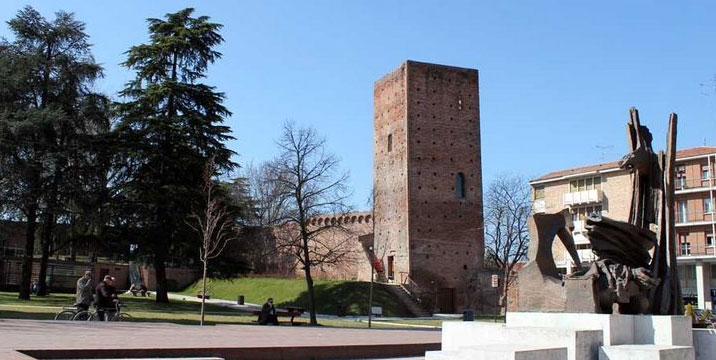 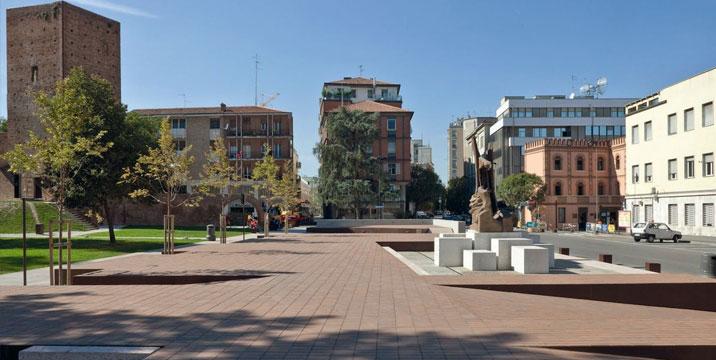 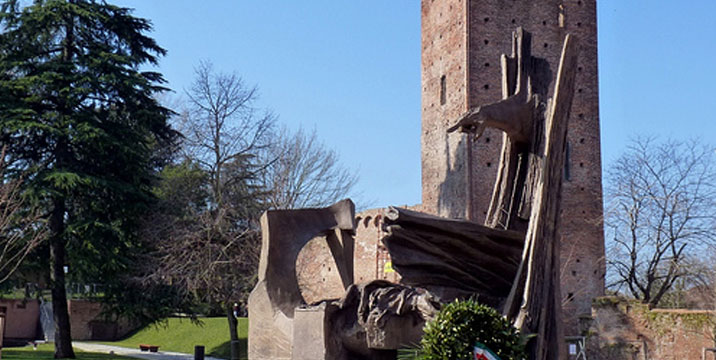