Church of the Rotonda

You are in Piazza XX Settembre, built during Austrian domination after the dismantling of the vegetable garden of the Franciscan minori Friars. The Temple of the Beata Vergine del Soccorso, Our Lady of Salvation, stands at the end of the avenue. Known as “La Rotonda” for the unusual octagonal shape of the building, it was built in 1594 from a design by Francesco Zamberlan, a collaborator of Andrea Palladio. The church was built to preserve a miraculous fresco which was located near the walls that surrounded the Franciscan property.
The church was consecrated in 1603 and three years later, due to problems with the dome, some 24 metres in diameter, the church was was given a simple sloping roof, designed by Giovanni Autrich. The outside portico surrounding the building has become, over the centuries, a place of tribute to the city, with artefacts coming from churches and convents suppressed by Napoleonic laws and with commemorative plaques that recall the civil and social history of the community. The entrance was once from the west but has been moved to the south side of the building. To the left of the entrance door, a stone pavement crosses the floor from the inner edge to the pillar where three meters above a small hole can be seen, it is a sundial and if you happen to pass through Rovigo at noon do not miss the effect of the sun’s rays on the day of the summer solstice.

Moving, is the word that describes the sensation you feel upon entering the church.
The contrast between the brightness of the outside and the rarefied atmosphere of the interior is accentuated by the golden hues of the alter, by Caracchio, which contains the miraculous fresco of the Madonna and Child and internal decorations that comprise a significant series of works of art of the most important Venetian artists of the XVII century.
The interior decorations have not followed any programmatic design and was built between 1625 and 1689; it is a true and proper series of decorative paintings that are designed to pay homage to the Madonna and celebrate the Venetian Republic, created, among others, by artists of the caliber of Francesco Maffei, Pietro Liberi and Antonio Servi.
Three phases are distinguishable, in the lower segment are paintings dedicated to episodes from the life of Mary alternated with glorifications the podesta; The middle is marked by stucco statues representing the apostles, evangelists, and the patron Saints of Rovigo, that alternate with paintings that represent the miracles of the frescos; finally, the upper group with glorifications of podesta, except the canvas above the altar depicting the symbols of the passion of Christ.
Of great importance is the organ and the decoration of the predella by Novelli, while the fresco decorating the ceiling is by Vittorio Bressanin, 1887, depicting the plague which is the foundation of the cult of the Madonna del Soccorso. 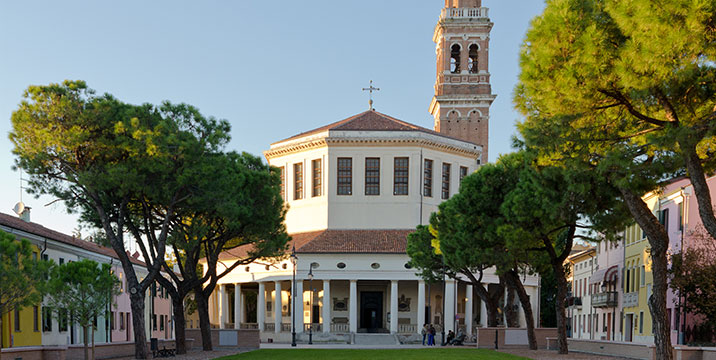 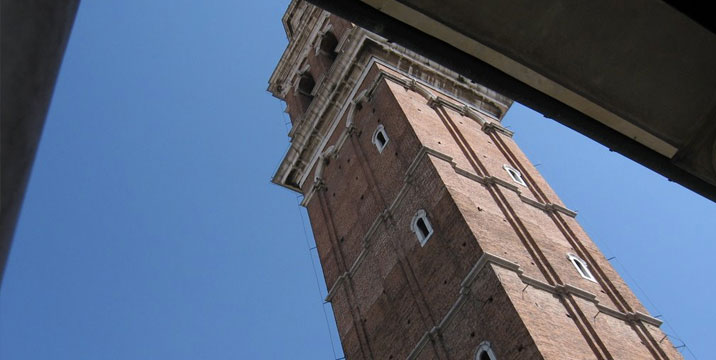 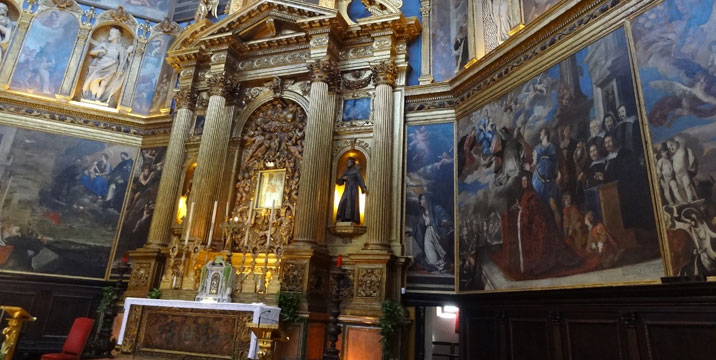