Founded in 1860 where the the eighteenth-century convent of St. Dominico Church once stood, the Annonario market still features the original shape of the cloister.
At the time in the so-called “piazzetta” were, among other shops, the municipal bread oven, some say the best in the city. Today there are some grocery stores, fruit and vegetables shops and shops which sell household items, and the only fresh fish left in the city, after the closing of the fish market.

Commonly known as the church of San Domencio, the building is named after Saint Antonio Abate.
The church is all that remains of the original building which housed a hospital in the XV century and later, after several interventions during the XVI century, a convent, nuns assigned to the Terziarie Domenicane, who replaced the Friars of the Order of the Predicatori. After its demolition, in the XIX century, the annonario, general, market was built. The church has undergone several restorations over the centuries which have compromised the exterior. Inside it retains the original shape, some sculptures of the XVII and XVIII century are worth noting: the bust of St. Antonio Abate and the statuettes of St.Paolo and St.Sebastiano by Bernardo Falcone, the tabernacle, a small statue of Christ by Giovanni Fasolato , Santa Barbara by Pietro Baratta, the angels and cherub heads by Antonio Gai. 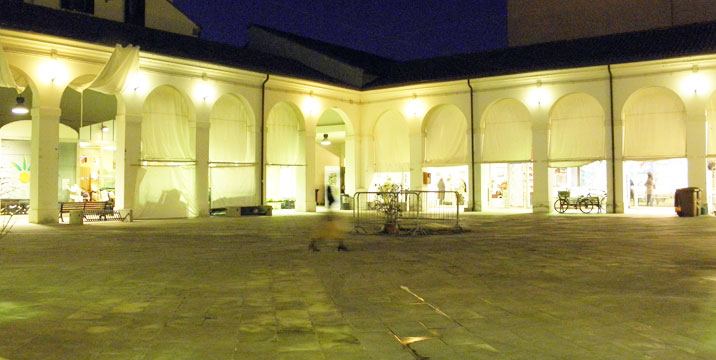 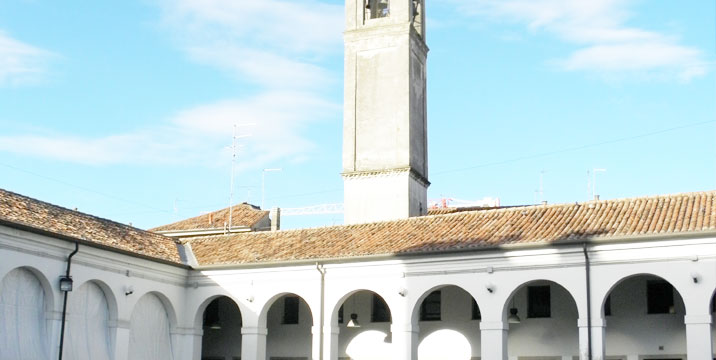 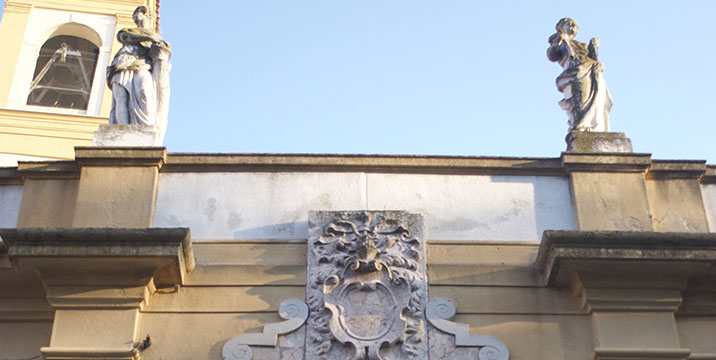